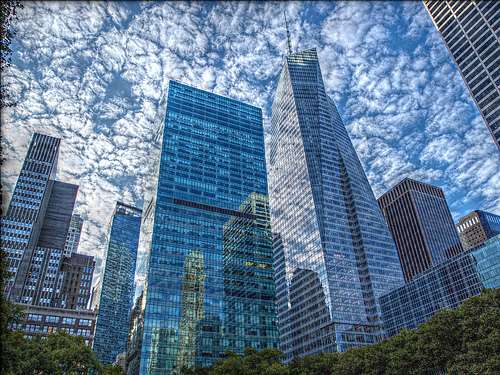 Technology spending at Australia’s mutual banks, building societies and credit unions rose 18.2 percent to $274.6 million collectively being spent in the past financial year, according to an analysis by KPMG Australia

The KPMG review found the $274.6 million was collectively invested into cyber security, digitisation and to make technology changes to fit new regulatory requirements.

The review is “based on the financial results of 46 mutuals (representing over 98 percent of the sector by total assets and profit before tax).”

KPMG’s national sector leader for mutuals Hessel Verbeek told iTnews that technology spend levels in the sector have risen notably in the past few years.

“The trend on technology spend has been increasing in recent years, both as a result of transformation, automation and digitisation programs and as a result of regulatory compliance driving up IT spend,” Verbeek said.

“While it’s difficult to say if next year will be higher again, these drivers will remain the same. There is no suggestion that technology spend [will] reduce.”

KPMG’s review also included a qualitative survey with mutuals, collating their views on the  risks, challenges and opportunities.

The findings showed that 56.1 percent indicated that a quarter or more of allocated IT budgets were assigned to technology improvements and business transformation.

It also showed 78 percent of Australia’s mid-tier banks are confident in business growth over the next three years, up from 63 percent in 2020.

Other highlights from the report showed 82.9 percent of mutuals believe they are prepared for a cyber security incident.

The report also found 46 percent of survey participants expect to undertake an end-to-end transformation of the business, a notable rise from 26 percent in 2020.

Mutual banks saw a 38.6 percent increase in overall operating profit before tax, collectively coming in at $685 million in the 2021 financial year.

Verbeek said “the increase in profits is mostly a result of strong lending growth and of a reversal of loss provisions.”

Heritage Bank, which is a mutual, told iTnews it had “made a significant investment in technology in recent years”.

“We’ve also invested in improving our digital capabilities and in systems that will improve service to our members,” chief information officer Wayne Marchant said in a statement.

“That will flow through into efficiencies over time but our investment has been more about better member service than cost savings.”

This website uses cookies to improve your experience while you navigate through the website. Out of these, the cookies that are categorized as necessary are stored on your browser as they are essential for the working of basic functionalities of the website. We also use third-party cookies that help us analyze and understand how you use this website. These cookies will be stored in your browser only with your consent. You also have the option to opt-out of these cookies. But opting out of some of these cookies may affect your browsing experience.
Necessary Always Enabled
Necessary cookies are absolutely essential for the website to function properly. This category only includes cookies that ensures basic functionalities and security features of the website. These cookies do not store any personal information.
Non-necessary
Any cookies that may not be particularly necessary for the website to function and is used specifically to collect user personal data via analytics, ads, other embedded contents are termed as non-necessary cookies. It is mandatory to procure user consent prior to running these cookies on your website.
SAVE & ACCEPT